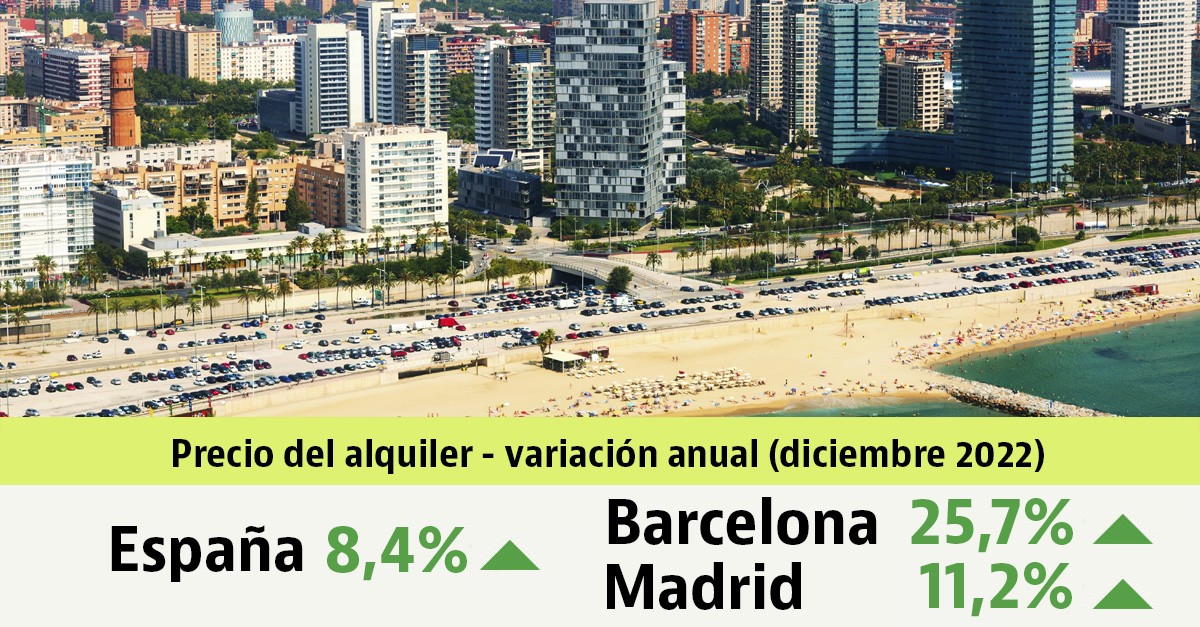 The more the coalition government of PSOE and Podemos has intervened during 2022 to control the rental market, the more legal uncertainty it has created and has caused an exorbitant increase in prices due to the reduction in supply and skyrocketing demand.

The rental price of homes in Spain has increased by 8.4% over the last 12 months, according to the latest report published by idealista, the real estate marketplace in southern Europe. At the end of December 2022, renting a home in our country cost 11.4 euros per square meter, a figure 2% higher than that registered at the end of the third quarter. The prices are higher than those registered a year ago in most markets analyzed.

Francisco Iñareta, the spokesperson for idealista, said, “ the main problem that rentals had in 2022 is the axis on which their evolution will be based in 2023: the lack of available supply. The growing demand force is joined by a dwindling supply that cannot be replaced. The insecurity that owners feel in the face of evictions and occupations, and the measures that are taken or announced by the Government, far from encouraging the appearance of a new product on the market, are causing a drastic reduction in the rental real estate stock. The equation is simple: fewer homes and more demanders result in price pressure.

“The trend will probably continue during the next 12 months, although the price level reached in some markets and the decrease in the purchasing power of the tenants could cool the bleeding of the offer and the escalation in prices,” the spokesperson specifies. of idealistic.

Up to 10 capitals have double-digit increases

The Valencian Community, Catalonia and the Balearic Islands lead the rises

Notaries: home sales and mortgages fall more than 8% in November

This house is sold in an old rice mill belonging to the Larios family in Sotogrande for 360,000 euros

Get latest news and update